I first became involved with EMR in 2014 when I met Samara Nicholas at the NZ Dolphin Underwater & Adventure Club's 60th Anniversary. The NZ Underwater Association presented Samara with the Leo Ducker Award for her outstanding contribution to the diving industry.

I have helped out as a volunteer as often as I can with events run by EMR, but as we travel a lot my attendance has been spasmodic.

The second Kaitiaki Day was held today on the Okura Esturary marine reserve. Being so close to home, I couldn't miss it this year.

We had a great turn out with 31 taking part in the paddle boarding. Some being their first time and good to see most picking it up quite quickly. Their training from Nic & Ben from Mission Bay Watersports was excellent.

There were also 48 taking part in the kayaking tours with Peter Townend from Canoe & Kayak.

I was lucky enough to borrow one of the EMR safety kayaks and enjoy the water for an hour or so myself.

It is great to see so many people out there enjoying themselves. Families making the most of what EMR has to offer.

I am looking forward to their next adventure in the New Year. 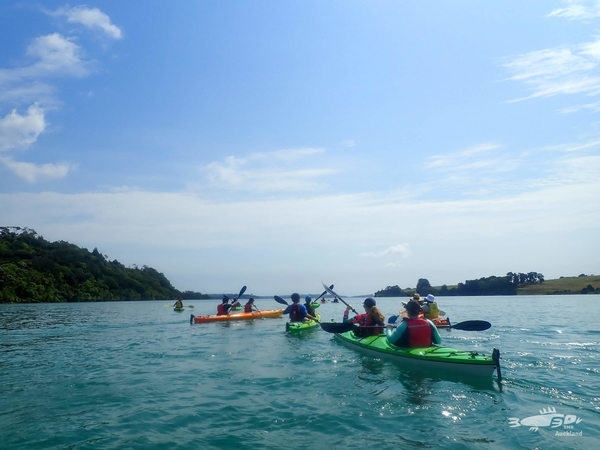