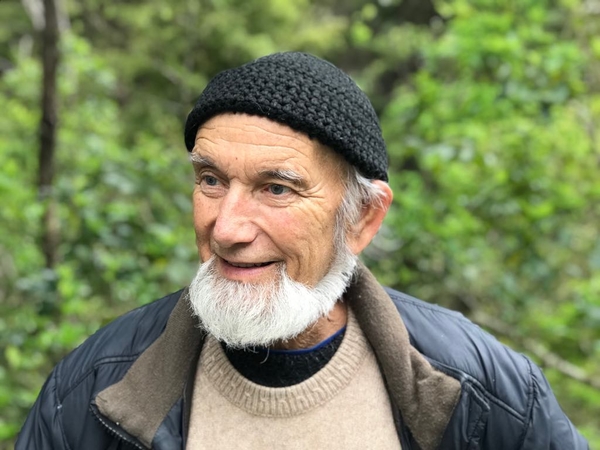 A memorial fund has been established and is administered by the Mountains to Sea Conservation Trust.

A special committee is under establishment to decide on the use of these funds, made up of a Mountains to Sea Conservation Trust representative, a member of the Grace family and other environmental organisations Roger has worked with. Queries to be directed to Samara Nicholas - This email address is being protected from spambots. You need JavaScript enabled to view it.

Tawharanui Marine Reserve Crayfish Monitoring 2020
Funded by the Roger Grace Memorial Fund
By Benjamin Hanns
With support from the Roger Grace Memorial Fund, crayfish surveys were carried out at long-term monitoring sites inside and outside the Tawharanui Marine Reserve in June 2020. This marked the twentieth year of data collection since the permanent transects were established by Dr Roger Grace in 1977. Within the boundaries of the Tawharanui Marine Reserve five sites are located across the reserve’s longshore extent, covering a representative area of rocky reef habitat (Figure 1). In the neighbouring fished waters, non-protected rocky reef habitat is represented by five sites; one positioned at Pukenihinihi Point and four on the southern side of the Tawharanui Peninsula. Using the exceptionally detailed maps drawn by Roger, that illustrate each boulder and crevice, a team of divers recorded every red rock lobster (Jasus edwardsii) and packhorse lobster (Sagmariasus verreauxi) along each of the 50 x 10 m transects.
During the June 2020 surveys, a total of 77 legal and 18 sub-legal red lobsters were recorded on the reserve transects. This equated to an average of 15.4 (± 3.4 standard error) legal and 3.6 (± 2.2 standard error) sub-legal red lobster per transect in the reserve. A total of 20 sub-legal packhorse lobster were recorded at 2 of the five reserve transects. Outside the reserve, only 2 legal and 2 sub-legal red lobster were recorded. The 2 legal red lobster recorded outside the reserve are the first to be seen at that particular transect since 1980. A total of 33 sub-legal packhorse lobster were recorded at fished sites, but 30 of these were recorded in a single den at one of the fished sites. According to Roger, this den has always been a favourite and regular hideout for packhorse crayfish, but the number recorded in 2020 was higher than previously seen.
The long-term time series of red rock lobster shows declines in the number of legal and sublegal red lobster within the reserve since the mid to late 2000’s . These declines likely reflect broader declines in red rock lobster numbers within the Hauraki Gulf and suggest that although numbers within the reserve are substantially higher than outside the reserve, legal sized red lobster within the reserve may still be vulnerable to fishing extraction. Interestingly, the numbers of packhorse lobster (all sublegal) appears to have been increasing since the late 2000’s . Despite these increases, it is still extremely rare to see legal sized Packhorse lobster in this region.
The long-term data generated from continued monitoring of these transects is incredibly important in providing fisheries independent information on lobster abundances and how they are changing over time, both inside and outside marine reserves. It is concerning that populations in the reserve are diminishing and suggests the effectiveness of the Tawharanui Marine Reserve in terms of conserving lobster populations can be improved.

Volunteer story -  Patrick Smallhorn-West  had spent a summer with Roger when he was doing his undergraduate degree. Patrick has written a really moving piece about that time he spent with Roger.
https://www.emr.org.nz/index.php/news/200-memorial-snorkel-for-roger-grace 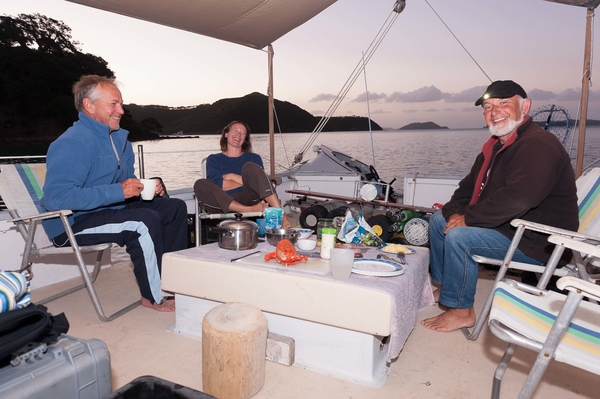 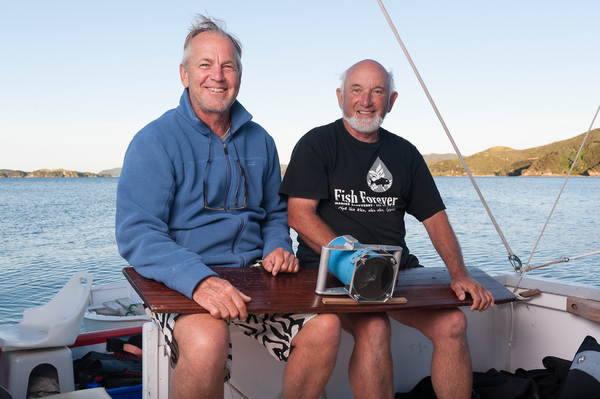 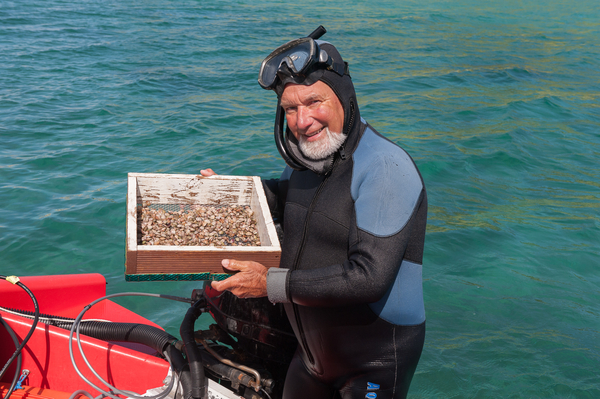 Images by Dean Wright from of 2012 habitat survey around Waewaetorea/Okahu Islands. 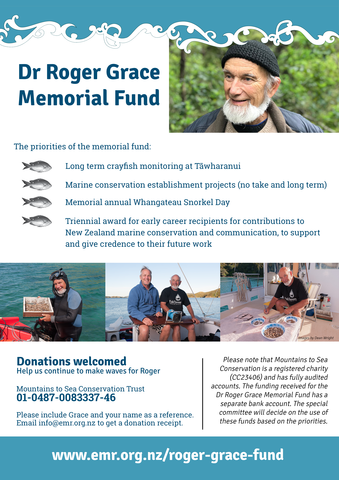 “A humble guy with immense talent” - Dave Moran
“This man was a true pioneer, generous to a fault, and always willing to teach and guide” - Paul Irving
“Your legacy is alive and well through the many you've touched and inspired. The future of our oceans the much better for your unrelenting passion!” - Peter Crabb

Or watch Roger's talk on youtube Part 1 and Part 2

A lovely tribute to Roger and his photographs in The Guardian

If you would like to add your stories and images about Roger Grace please email Lorna on This email address is being protected from spambots. You need JavaScript enabled to view it. and we can continue to add to his legacy.

Please include Grace and your name as the reference.

Please email info@emr.org.nz to get a donation receipt.